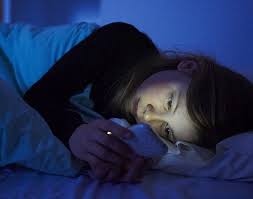 Sleep has some deep mysteries that experts are trying to find out. With the advancement of technology some of those issues are being addressed to making it possible for published information be disseminated to the public. However there are still some strange stuff that are going on when a person sleeps that are still far from discovery. More and more researches are being done to uncover the deep meanings of how people act during their sleep. It is just a matter of time when all will be understood and everything about this matter will have an answer.

One of the many weird things that you tend to do when sleeping is talking. The act of talking in sleep gives rise to many questions about how the mind actually works when people are oblivious with reality. Some folks believe that sleep talking is caused by too much stress that takes toll on the body and cannot be contained even in sleep. Being so tired from a whole day work can put you into a state of deep sleep wherein you dream about what you did and unconsciously speak about it in literal sense. This case is not an uncommon case since most people talk when they sleep. It is just a matter of time when you realize that you have been embarrassing yourself with that trait of yours; embarrassing in the sense of making out some words that are too sensitive or too vulgar to become a topic of your dreams.

Some also say that this is hereditary; although there are no evidences proving that this claim is true. They believe that when the parents of a person talks in their sleep, the person himself will also do the same. It is strange how this theory is formulated without given gene experiments concerning the trait.

What can talking in sleep do to people?

Sleep talking is not really a big deal. It is not some kind of disease that needs to be treated or cured or even prevented. It is just considered as a normal and subconscious occurrence. However, there are times when this kind of matter gets into exact timing and you embarrass yourself in front of the people who were present during the talking scene. There are things that you would rather want to keep private. And the talking while having a good rest must also include those things. There may be sensitive stuff which you are blabbering about that you do not want other people to know and or hear.

There are also cases wherein the individual will answer any question during the phase. It is like hypnosis of some kind but instead of being aware, the individual in particular will have no idea what has been asked from him. This is also a significant reason why it is important that you are aware of what you are capable of doing when you sleep. Avoiding embarrassment and or confrontations is possible with just knowing this fact an out yourself.